After a submarine has collided with something and is beginning to sink and malfunction, the crew radios a distress signal or launch a buoy which transmits the submarine’s location. Often, the submarine will be operating on battery power alone due to the nuclear reactors shutting down.

The crew will be facing multiple dangers and will have to put their risk prevention training into action.

A rescue attempt typically occurs within 48 hours of the sinking, rescue vehicles will first try to get the crew out of the submarine and on board or attach a device which lifts the submarine back up to surface. These rescue vehicles typically include mini submarines and diving bells. A mini submarine sinks down to the sunken submarine, attaches itself onto the escape hatch, creates an air tight seal and then it can load the crew members on board. Or a support ship can lower a diving bell which carries out the same process.

After the crew have been rescued, the submarine can then be lifted out of the sea with pontoons, its then inflated and floats to the surface. The safety of the crew is the top priority in a submarine rescue operation. 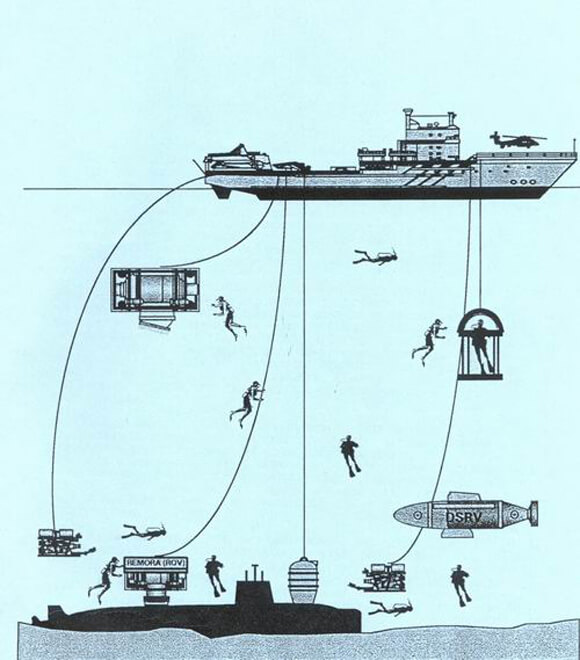 There are many stories of successful submarine rescue operations and they’re extremely interesting to read about, here’s one:

The Story of the World’s Deepest Submarine Rescue

Two British men from the Royal Navy were piloting a Canadian submarine named Pisces III, their names were Roger Mallinson, an officer, and Roger Chapman, an engineer. On Wednesday 29th August 1973, the submarine became trapped on the seabed at nearly 1,600 feet. For reference, an average football pitch is 360 feet. Mallinson and Chapman were trapped around 4 and a half football fields deep…

The trip was a routine dive turned into a tragedy for the men.

How the Accident Happened

Mallinson and Chapman were in the last phase of their operation, with their work now done, they were awaiting the return to the mothership. The towline was about to be attached when the men heard a lot of banging of ropes and shackles, this was a normal sound for them during the end of the operation. Nothing seem strange or unordinary until suddenly they were hurtled backwards and started to sink rapidly.

The submarine started to flood as the hatch was pulled off, making it over a tonne heavier. The men switched the electrical systems off so everything was pitch black and tried dropping lead weight to make it lighter. They curled themselves up, switched the depth gauge off and placed white cloth in their mouths to prevent biting their tongues off – this was all in the span of 30 seconds when they hit the bottom.

The submarine crashed at 09:30, the men made contact at 09:45. The men didn’t talk or move and lay as high up as they could to preserve oxygen.

On the 31st August, 2 days after the submarine had sank, Pisces II made it to the area of the accident, it launched with a rope attached to a toggle however the rope tore and the vehicle had to return to the mothership for repairs.

Then Pisces V was launched with a line attached to a toggle, it managed to reach the seabed but couldn’t find Pisces III. It ran out of power and returned to the surface to try again later. The submarine found Pisces III at 1pm, it tried to attach a snap hook but failed. Pisces II descended but then had to resurface due to getting water in its sphere. The situation was becoming more and more frustrating for the two men and rescuers.

On the 1st of September, Pisces II was launched again with a specially designed toggle, at 9:40am CURV III descended and fixed another line. The lift of Pisces III happened at 10:50am, they were finally lifted to the surface after 84 hours and 30 minutes of being trapped. They had 12 minutes of oxygen left. 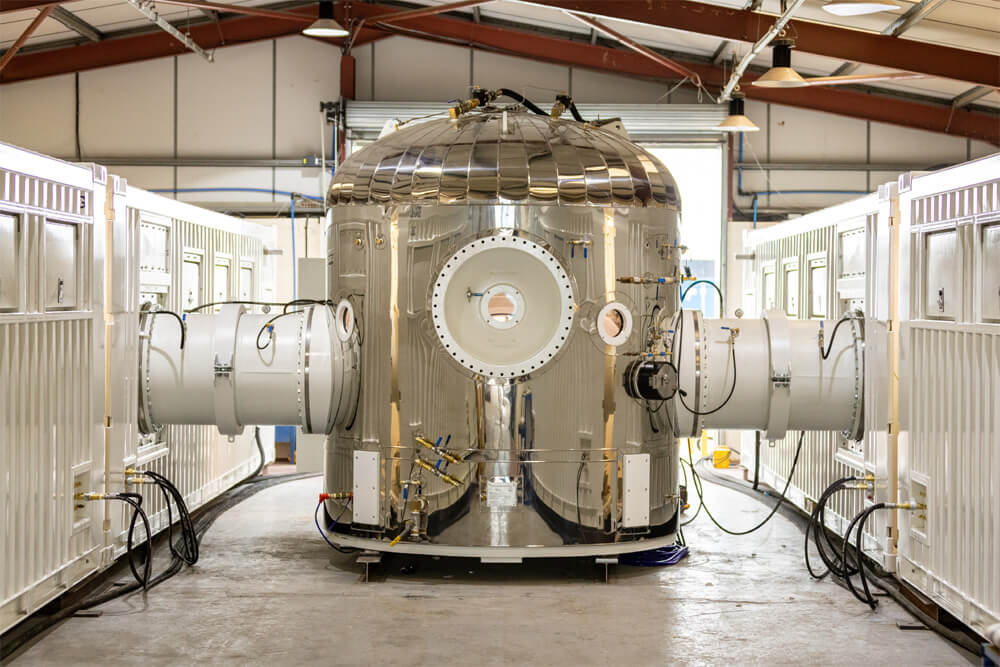 Scuba Replacement Package completes production and is ready for shipping